Homepage / Tagged "lips"
07/24/2020
Lip filler has been an extremely popular procedure in the last few years, and it's no secret why. Lip fillers not only add volume, but it smooths lip wrinkles, improves color, fixes asymmetries, and can define the lip borders even more. If done properly, a beautiful lip filler treatment can transform a person's face. The only problem with lip fillers is the need for invasive needles, which can pose a problem for many people who have a fear of needles. This is where the hyaluron pen comes in.   A hyaluron pen is a needle-free, handheld device that uses high pressure to "inject" hyaluronic acid fillers into the lips. There are no needles and no punctures. The pressure is so strong that it can push small amounts of hyaluronic acid fillers into the lips each time the device is used. Our patients have compared the feeling to a small rubber band snap for a moment and that's it. There is rarely any blood, NEVER any bruising and hardly any discomfort at all. The hyaluronic acid fillers used for the hyaluron pen is the exact same fillers used for lip injections, the only difference is, we ditch the needles.   So if you're looking to get those plump lips and lip filler results you've always wanted, then check out the hyaluron pen. Achieve the same results, with no recovery and no needles! Here are some immediate results of 1CC (full syringe) of lip filler with the hyaluron pen. 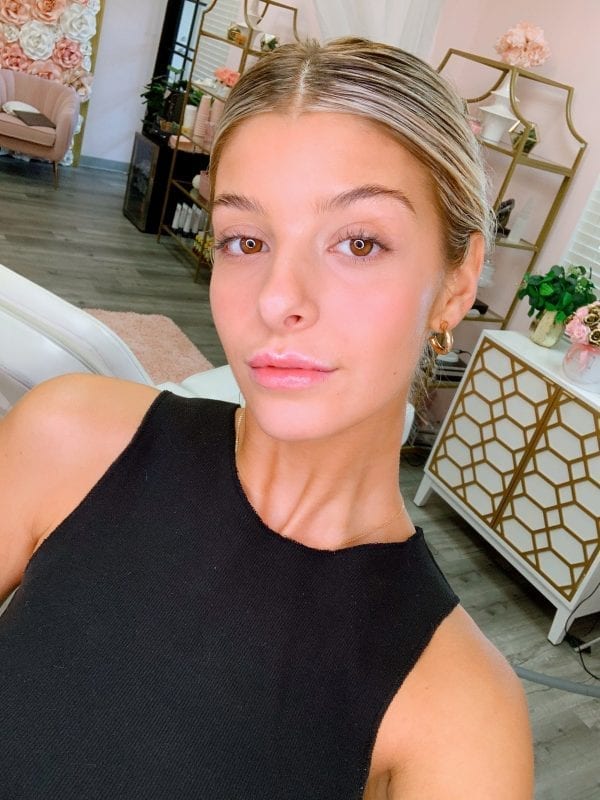 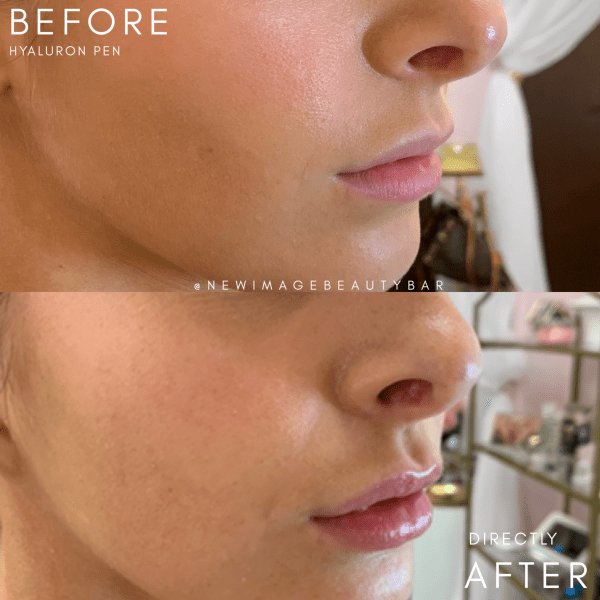 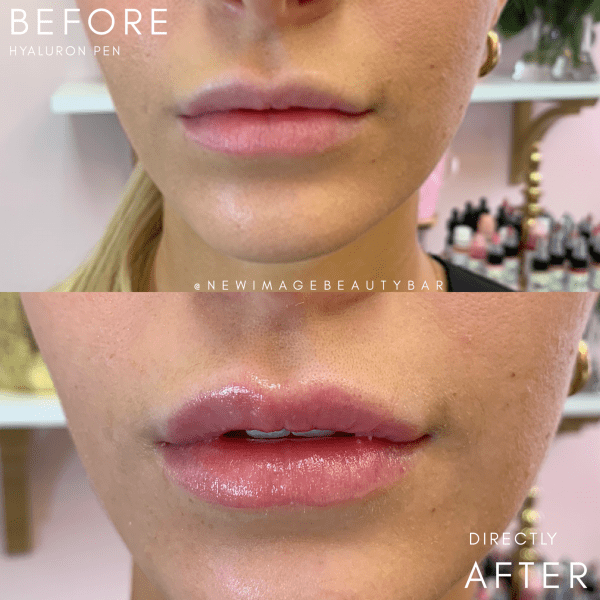